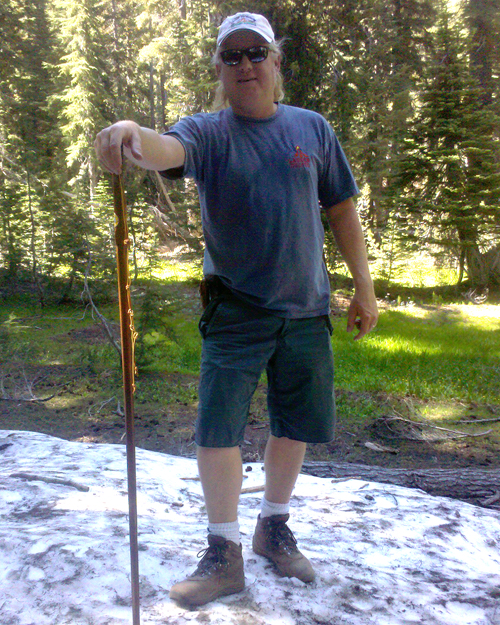 Camp Director James Randy Monroe, has spent his science teaching career as enthusiastically as when he began over 22 years ago. A knowledgeable up-to-date scientist, he enjoys embedding and integrating proven science technologies into topics and projects covered through a standardized NGSS Earth, Life, and Physical Science curriculum.

Randy spent his science teaching career sharing his passion for nature, the planet, and the universe. He received a Bachelor of Arts (BA) in Liberal Studies, a Multiple Subject Teaching Credential, and a Masters of Science (MS) in Education. His Masters includes an emphasis on Educational Technology Leadership from California State University East Bay (CSUEB). He also earned a K-8 Science Authorization and a Single Subject Earth and Planetary Science Credential from the California Commission on Teacher Credentialing (CCTC) and served on Pearson’s editing teams for the current Earth and Planetary Science Single Subject Credential for the Board of the California Subject Examinations for Teachers (CSET).

Randy collaborates with many of the leading local, state, and national science educational institutions and business which includes NASA as a member of the New Horizon Education Team, the mission to Pluto. Monroe’s stepfather, James Christy, discovered Pluto’s binary Charon in 1978 and named it after Monroe’s mother Charlene. Randy also served as an Educator on NASA’s MAVEN mission to Mars and spent a number of summers and afterschool time working through Industrial Initiatives for Science and Math Educators (IISME, now called “Ignited”) at Lockheed Martin as a Systems Engineer in missile defense studying infrared technologies and as adjunct faculty at the Department of Energy’s Joint Genome Institute (DOE JGI) in the Microbial Ecology Program.

His passion for hydrothermal vent ecology—melded with gray wolf ecology and trophic cascades—when JGI sent him sampling in Yellowstone he became friendly with the wolf biology team. For over 20 years Randy has worked with Contra Costa Vector Control and CA Fish & Wildlife via his classroom’s “Native Fishes and Herps Program”. His classroom became a carefully controlled home to over twenty native species, and students learned how important even the smallest being is to the ecosystem through close observation.

Randy’s goal is to continue his own ongoing research and seek new ideas for sustainability and conservation. He loves spending his days teaching, exploring, making learning fun, and encouraging students to reach for the stars while preserving their natural world.

Back to Staff Page