One of the eruptions of Mt Lassen 100 years ago caught on film. According to a news account on June 1, 1917 from the Red Bluff Daily News, the film was probably made in the latter part of May, 1917 by Justin J Hammer of Red Bluff. It also would appear that iManzanita Lake is in the foreground.

Earthquakes, wildfires, floods. If you live in California, you’re likely aware of these natural hazards and the dangers associated with them.

But according to a U.S. Geological Survey report released last week, California is also home to eight volcanic areas, posing threats categorized from moderate to very high. Seven of these areas are considered active, with molten rock bubbling underneath.

Read more: Guess What, California? Now You Need to Prepare for Erupting Volcanoes

The possible hazards of a volcanic eruption in California. (USGS California Volcano Observatory) 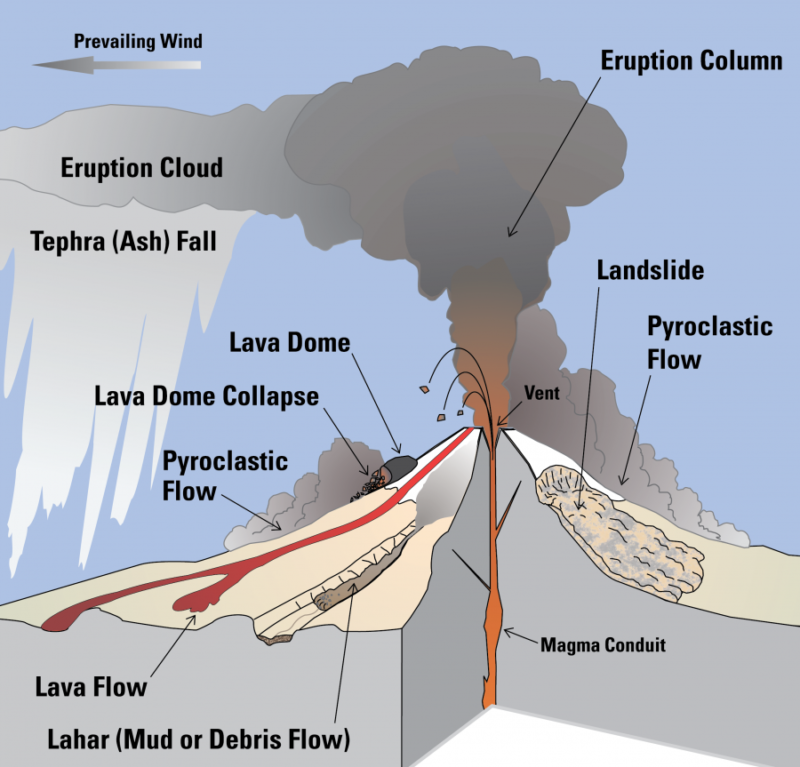 Next Post Supercomputers: This Tech Could Completely Change How We Predict Volcanic Eruptions

New Horizons + Ultima Thule + Brain May – Truly out of this world